‹ Return to All News Posts

By Van Drunen Farms
in All Posts, Farming, Organic

What do you think of when you hear the word “organic”? Maybe overpriced produce at the grocery store? Or a more idealistic picture of a sprawling green field under a wide open blue sky?

Many embrace organic wholeheartedly, while others just don’t get it – maybe due in part to a lack of tangible characteristics. But whether consumers assume or disregard its value, the numbers seem to indicate a growing organic market. Civil Eats, independent news source on the United States food system, reported a record number of 4.1 million organic acres in the U.S. in 2016.

How do we underscore the true value of this trend? How do we answer questions in our customers’ minds: Is organic worth the price tag? And consequently, in our own minds: How do I know my customers will buy my organic product?

Transparency about the real farming practices that contribute to the production of organic ingredients helps to secure its relevance. If we ignore these true differentiators, we may risk our commitment to organic coming off as idealistic or unsubstantiated – disappointing both our customers and ourselves.

These practices are foundational to any organic food product, starting with the soil itself. Let’s go back to the fields to learn about the true investment and value gained.

I recently had the opportunity to take a trip out to Van Drunen Farms’ herb and vegetable fields with several other employees. As a company, we process custom ingredients – several of which we grow ourselves on 1600+ Midwest acres.

Not all our fields are organic. As the farmers led us from field to field, I was fascinated by 6 key differentiators that set the organic fields apart from conventional fields – including the process it takes to certify a field as organic in the first place.

Before a field starts producing organic crops, it goes through a three-year certification process. Think of it like a deep cleanse. These three years act as a purification process to rid the ground of any residual pesticides or conventional fertilizers – both off limits for organic farming.

Once three years have gone by and the land has passed a stringent organic audit, both the field and its crop can be officially labeled “organic”.

The investment this takes is considerable. Three years of farming organically without the added benefit of selling the crop as organic can be a challenge – but one that is worth it in the end.

Even after a field has gone through the initial phase of purification, the organic status needs to be preserved.

Spray drift from nearby conventional fields can pose a real concern. To avoid contamination, VDF farmers place strategic buffer strips of unfarmed land between fields – once again, an investment. These make up considerable portions of land that would otherwise be farmed.

Neighboring farmers also play a key role in avoiding spray drift on organic fields by 1) spraying on calm days and 2) by spraying when the wind is blowing away from organic fields. Cultivating relationships with those farmers and ensuring reciprocal benefit plays a definite role in the success of an organic farmer.

Once a field has been planted and irrigated, the seeds prepare to sprout and break the surface of the soil. Weeds germinate faster than crops, so they show up first. This may sound problematic, but it actually allows VDF farmers to utilize a highly effective method for weed elimination: weed burning.

Once the crop is just about ready to pop out of the ground, the farmer takes a tractor over the field and applies a flame to the surface of the soil. The flame burns the weeds, but the seeds are preserved safely underground.

Timing plays an important role in this process. Weed burning only works right after the seed coat has broken and right before the plant breaks the surface. A farmer can determine this progress by digging into the soil and examining one of the planted seeds.

At one point, we stood in a cilantro field that had just been weed-burned earlier that day; no weeds were in sight, but neither was any cilantro. One of the farmers dug into the soil, producing a tiny seed just sprouted, and not burned at all. Perfect timing. He said rows of tiny cilantro heads would poke out of the ground the very next day.

Weed burning removes weeds so effectively that VDF farmers use this practice on conventional fields as well. 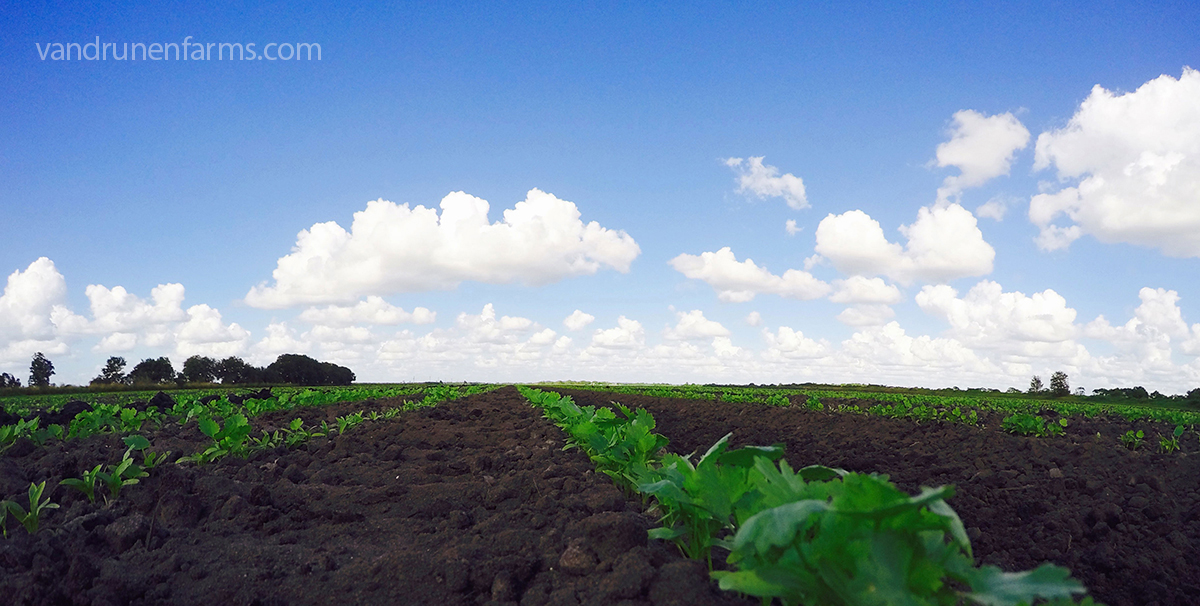 
Weed burning takes care of the initial wave of weeds, but more inevitably grow throughout the weeks that follow. Since herbicides are not used on organic fields, farmers use tractors mounted with small shovels to disturb the soil between the rows of crop. This mechanical disruption kills 95% of the weeds.

For the additional 5% of weeds located between the plants, VDF employs a team of hand weeders to keep fields clean and protect crop from disruption. On a schedule coordinated with planting and harvesting, the weeding team goes through each field thoroughly, removing all weeds so only crop is harvested.

VDF farmers rotate the planting of annual organic herbs and vegetables like basil, cilantro and kale. They never plant the same crop in the same soil two years in a row. This variation improves the health and vitality of the crops in a few different ways:

To nourish the crop and ensure optimal plant health, VDF farmers also plant cover crop on fields that have already been harvested. Every time a field is planted and harvested, those crops soak up nutrients from the soil. Cover crops heal the soil naturally, reinjecting new life and nutrients into the ground.

Farmers don’t remove the cover crop when the next planting season comes around, but rather work it back into the soil to replenish the soil with the nutrients from that organic matter.

Farmers make educated decisions about which cover crop will perform best for the next planting season. “We want to feed the soil and let the soil feed the crop,” one farmer said, speaking of the utility of cover crop, and subsequently the natural approach of organic farming. Organic farmers do not rely on conventional fertilizers, but on nutrients found in nature itself.

The numbers would suggest that organic is not just a trendy buzzword. So, what are we going to do about it?

Throughout the afternoon in the field, it became clear that farming organic ingredients takes patience, investment, and a set of real, differentiating practices. Emphasizing these tangible practices can help brands appeal to larger consumer bases and add even greater value to their products.

As organic moves beyond a trend to a way of life for more consumers, brands can continue to demystify organic and improve transparency by pointing back to the field, and the farmer. 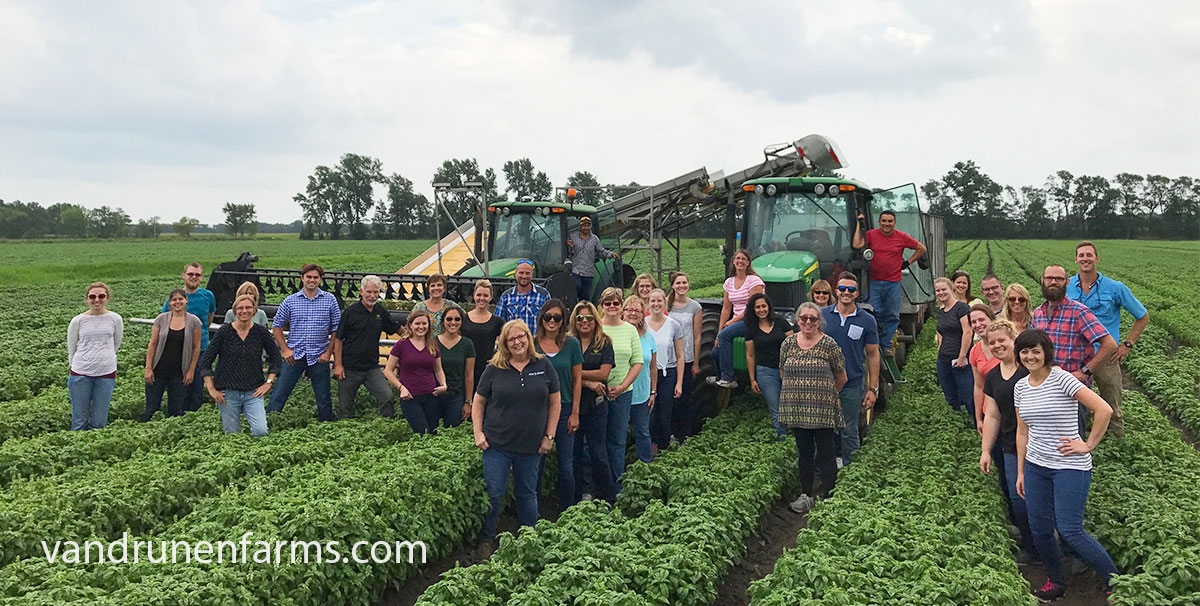 Have questions? Learn anything new about farming organic ingredients? We’d love to see your comments below!